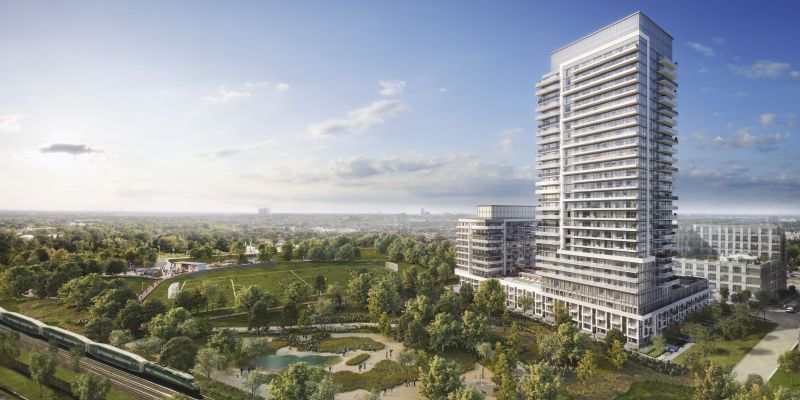 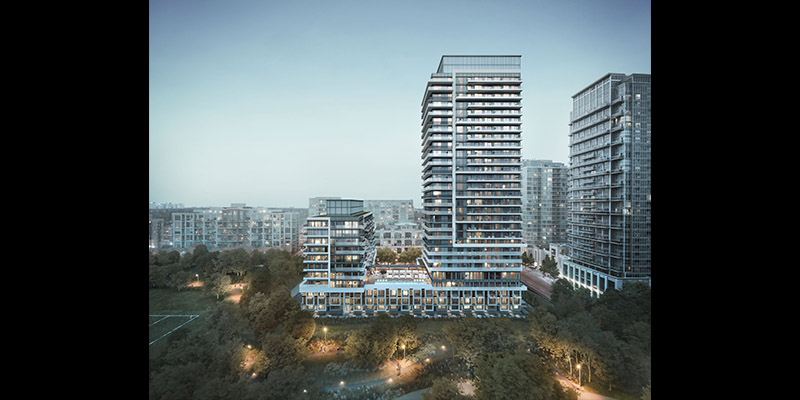 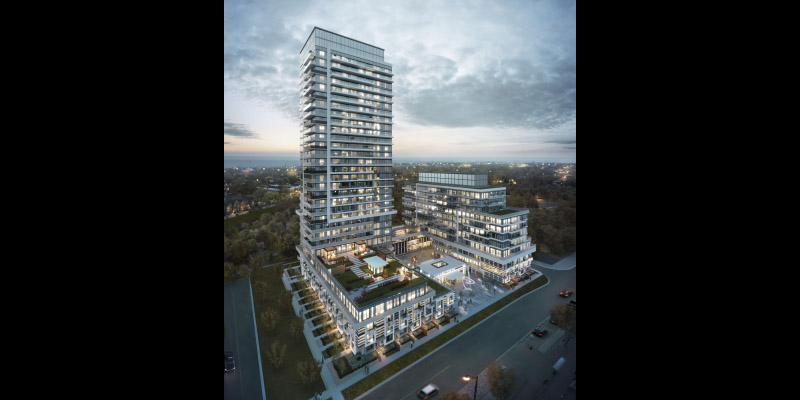 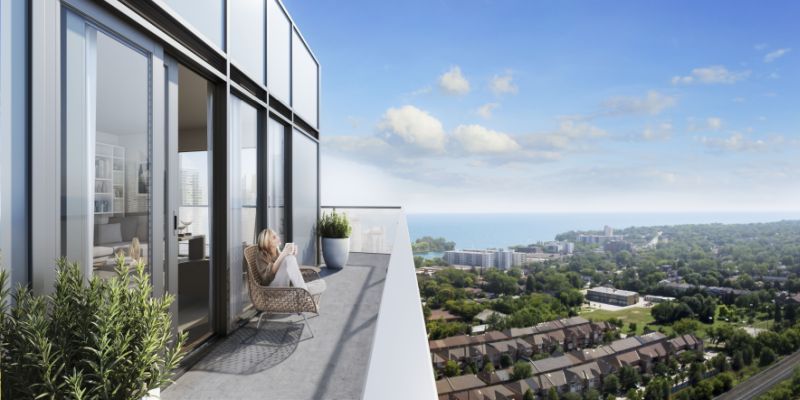 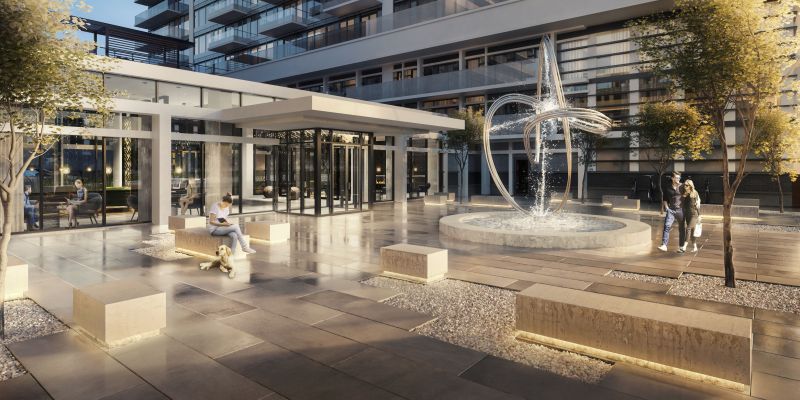 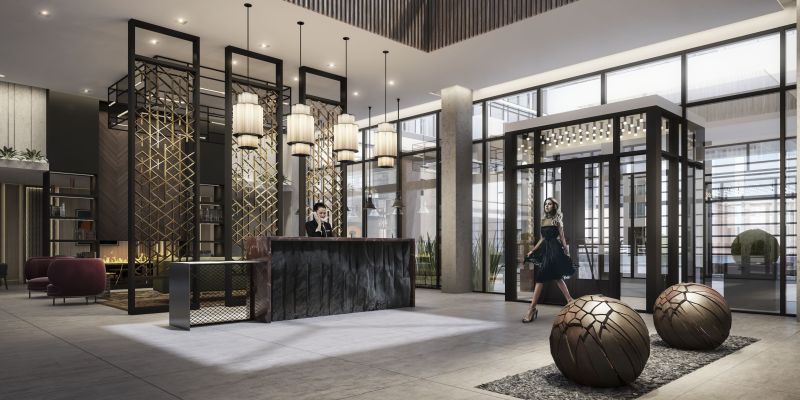 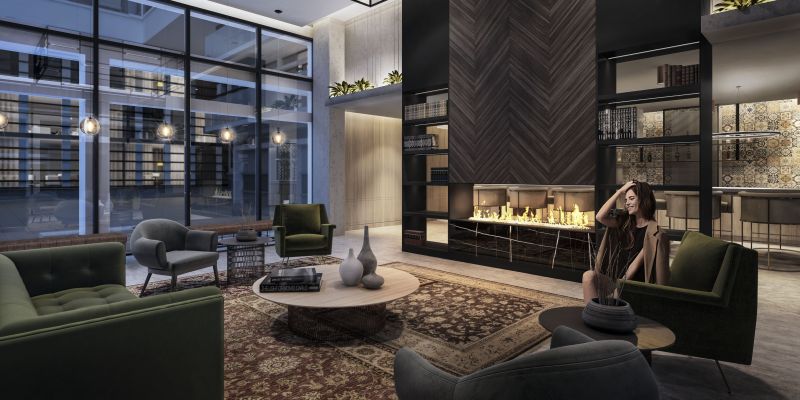 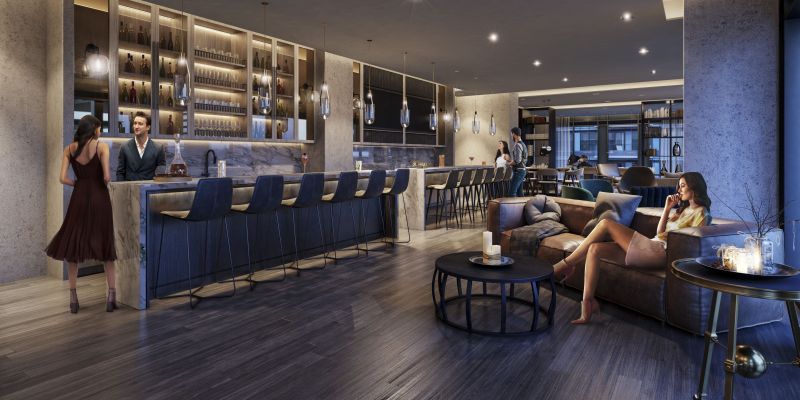 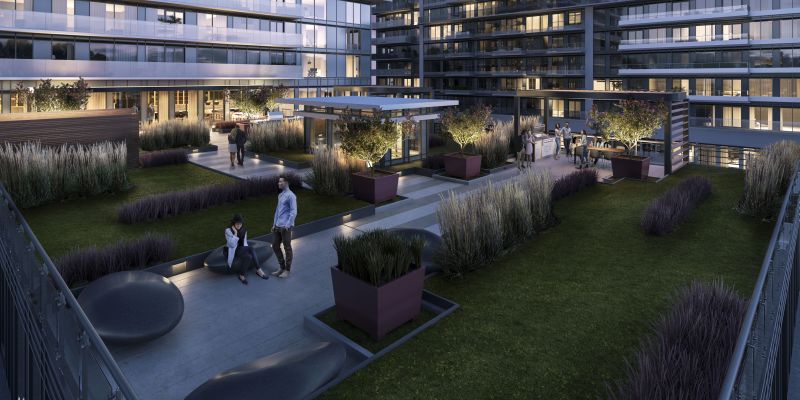 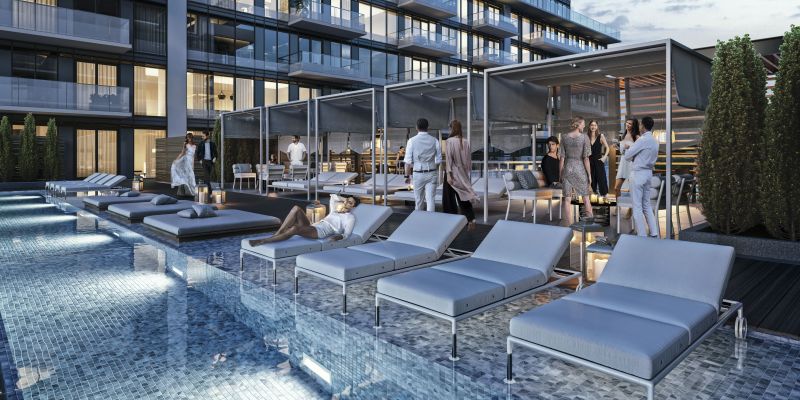 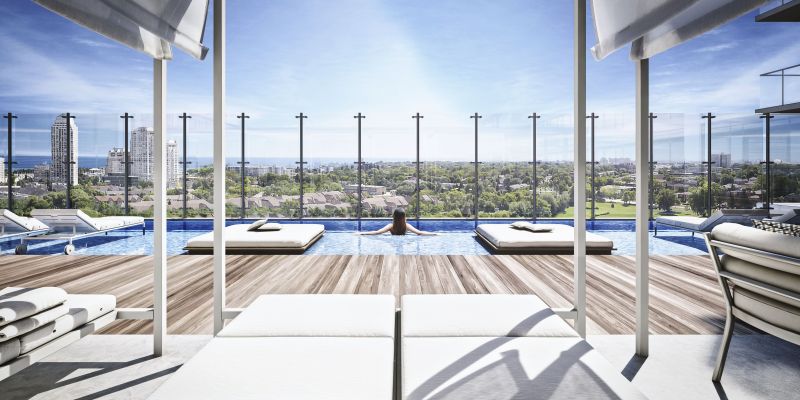 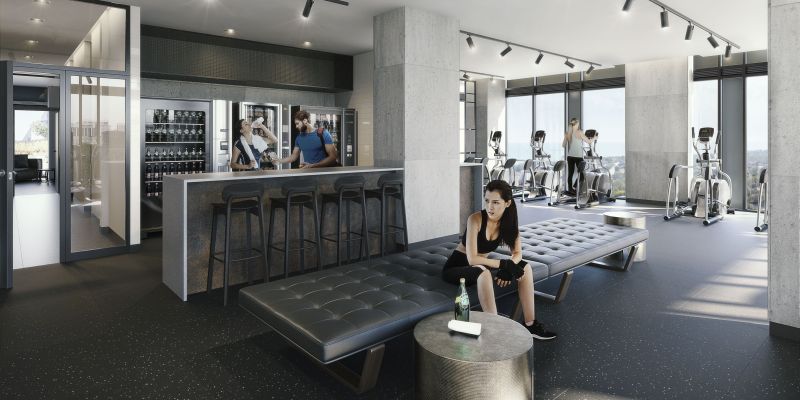 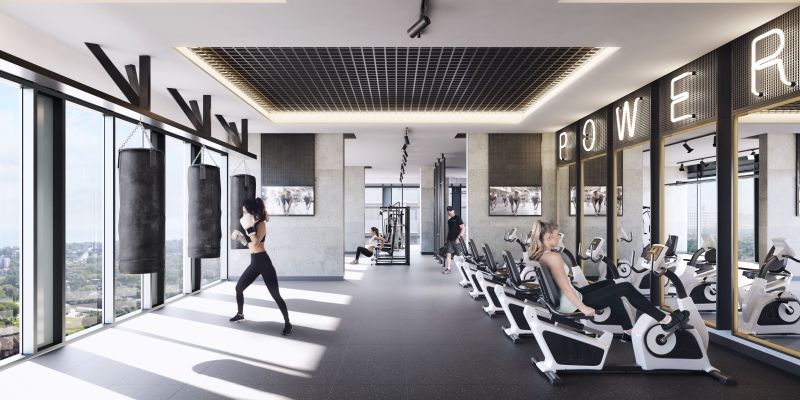 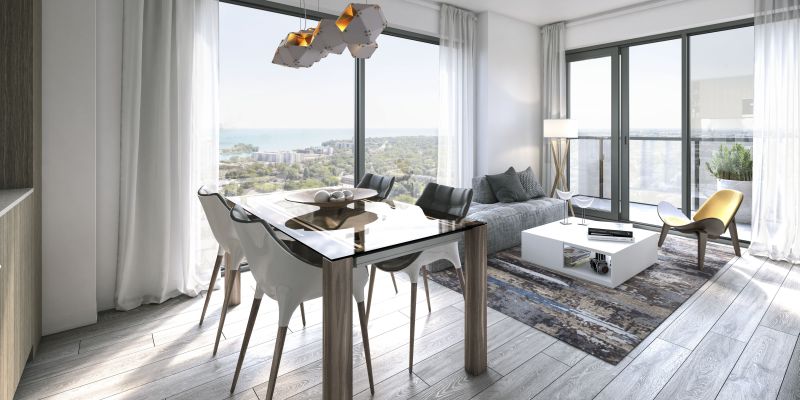 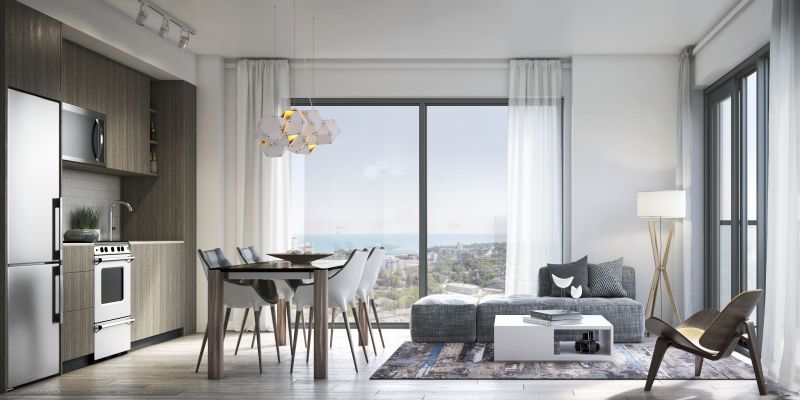 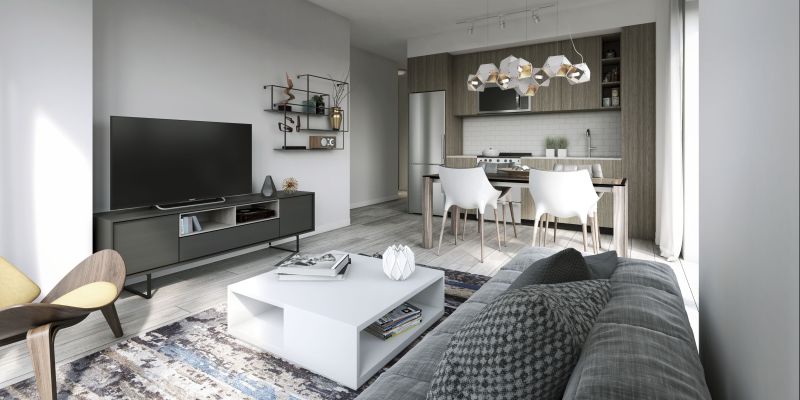 Introducing Empire Phoenix Condos – an exciting new high-rise condo development in the well-established neighbourhood close to the shores of Lake Ontario in Etobicoke.

Empire Phoenix will boast two towers of condo units, rising 29 and 11 storeys respectively. They will sit on top of a podium level with a number of two-storey suites. The developer is aiming to build a community, so the building will have a wide range of features designed to bring residents together. A landscaped outdoor courtyard with barbecues and a dining area will prove to be a popular meeting place and the luxury outdoor pool will be popular in the summer months. Indoor amenities include a spa with sauna, Wi-Fi enabled shared working space, games room, professional fitness centre, spacious lobby with lounge seats, an elegant private dining area, and guest suites for visitors.

Empire Phoenix Condos is located in the Mystic Pointe community in Mimico. It is part of a master-planned condo community alongside existing single-family dwellings, giving the area a great mix of properties and a range of options for buyers. There is lots of green space around, including Humber Bay Park Eats on the lakeshore and Grand Avenue Park, which is just a short walk from Empire Phoenix.

There is lots to see and do in Mimico and, as a well-established neighbourhood, there are amenities to meet almost every need. It’s a great area for families and also one of the best places in the Greater Toronto Area for first-time buyers, making the top five in our recent article.

In terms of transport, Empire Phoenix has a feature that normally comes at a considerable premium: close proximity to high-speed mass transit. Mimico GO train station is just a kilometre away, so can be easily reached on foot, on a bike, or in a car. Services to Union Station run roughly every half hour from early morning until just after midnight and journeys take as little as 14 minutes. As well as the quick services to downtown Toronto, there are regular trains operating in the opposite direction along the Lakeshore West line and going as far as Aldershot Go station in Burlington – offering plenty of alternatives for travelers.

For an alternative way to get downtown, it is just a 10-minute walk to Lakeshore Boulevard where you can catch a streetcar. The 501 and 301 services both operate along Lakeshore and make quick progress on the separated Queensway line. From there, the streetcars run along Queen St as far as the Beaches – allowing riders to go from one end of the city to the other without changing vehicles, or to connect to the subway and head elsewhere in the city.