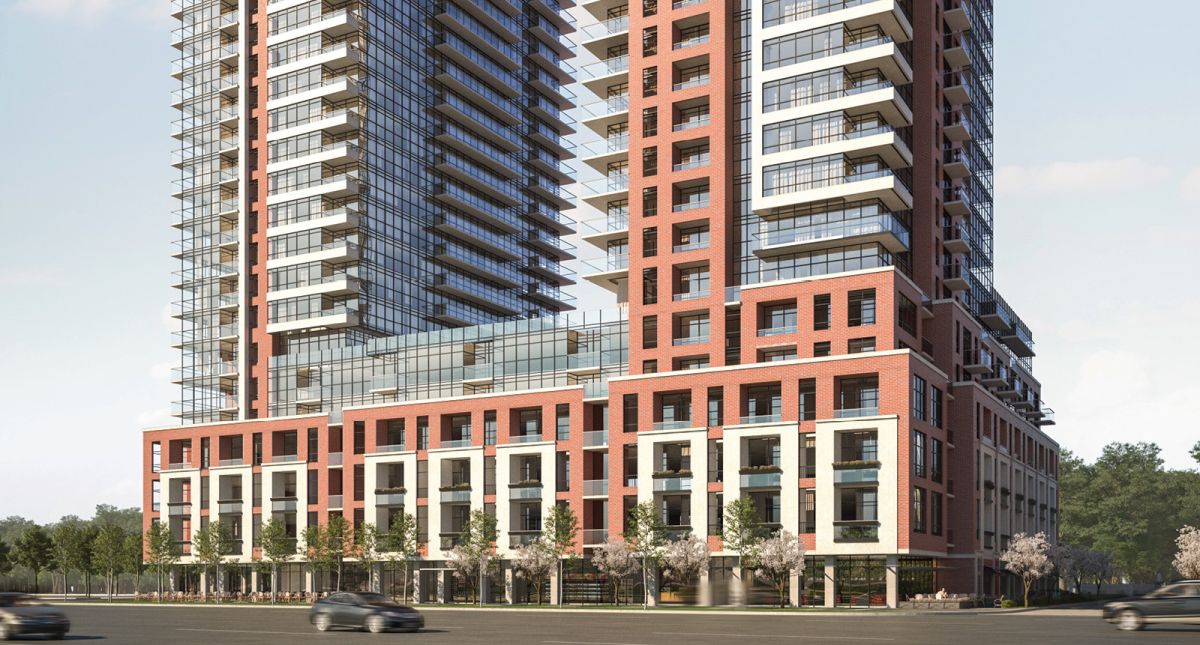 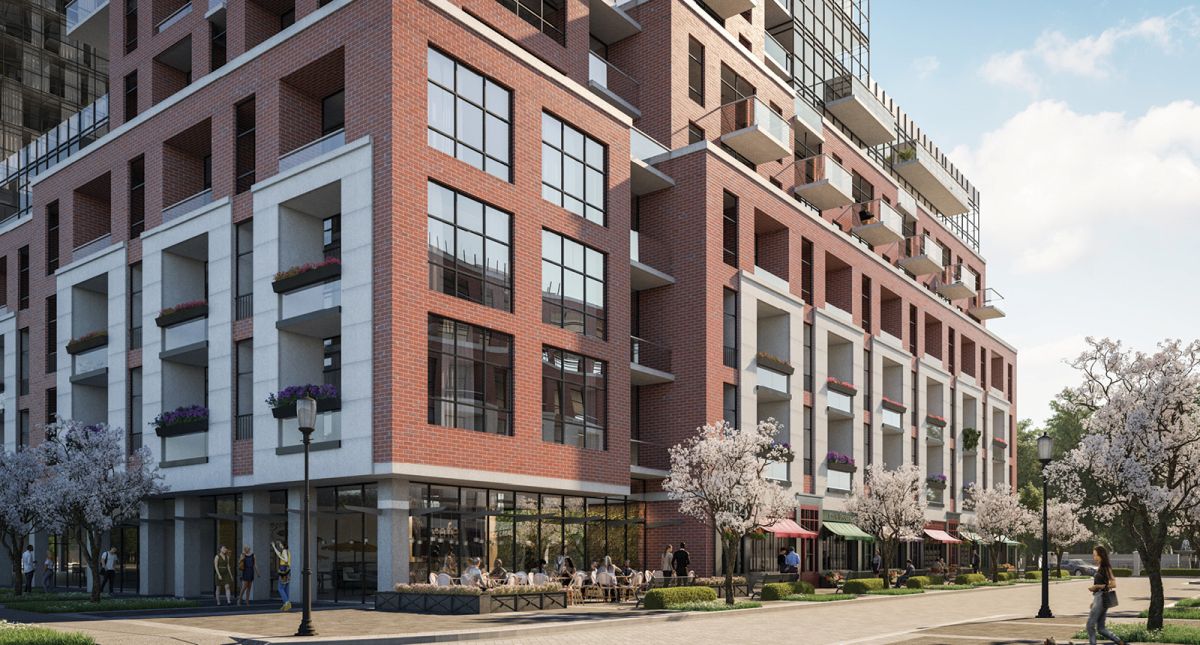 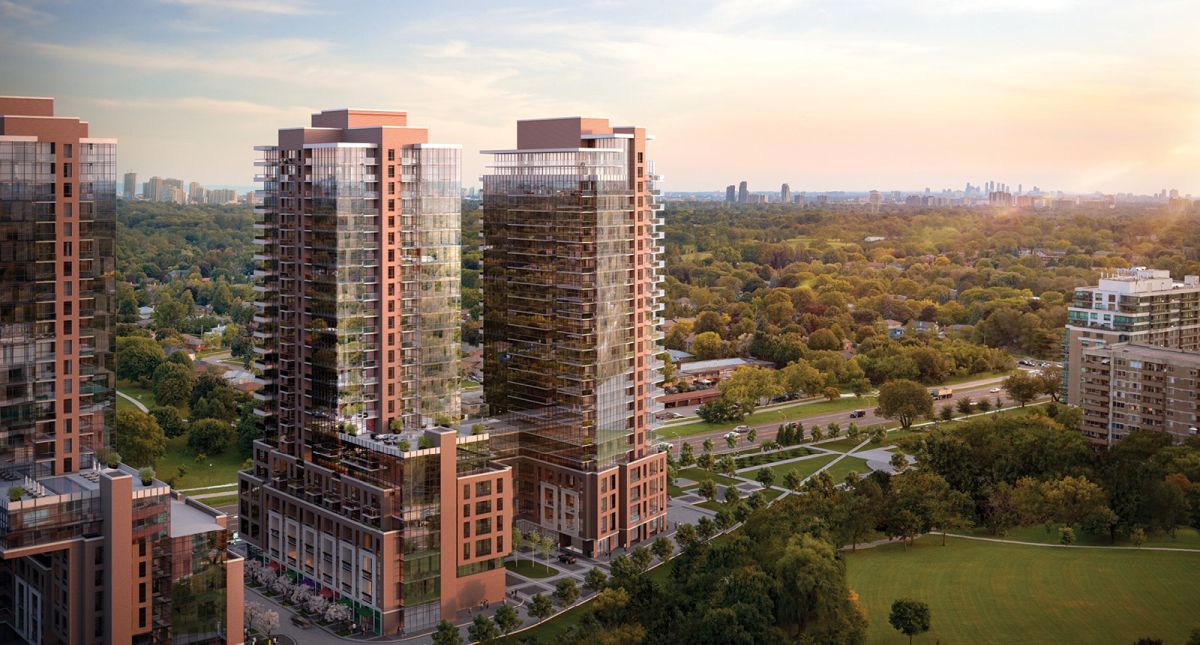 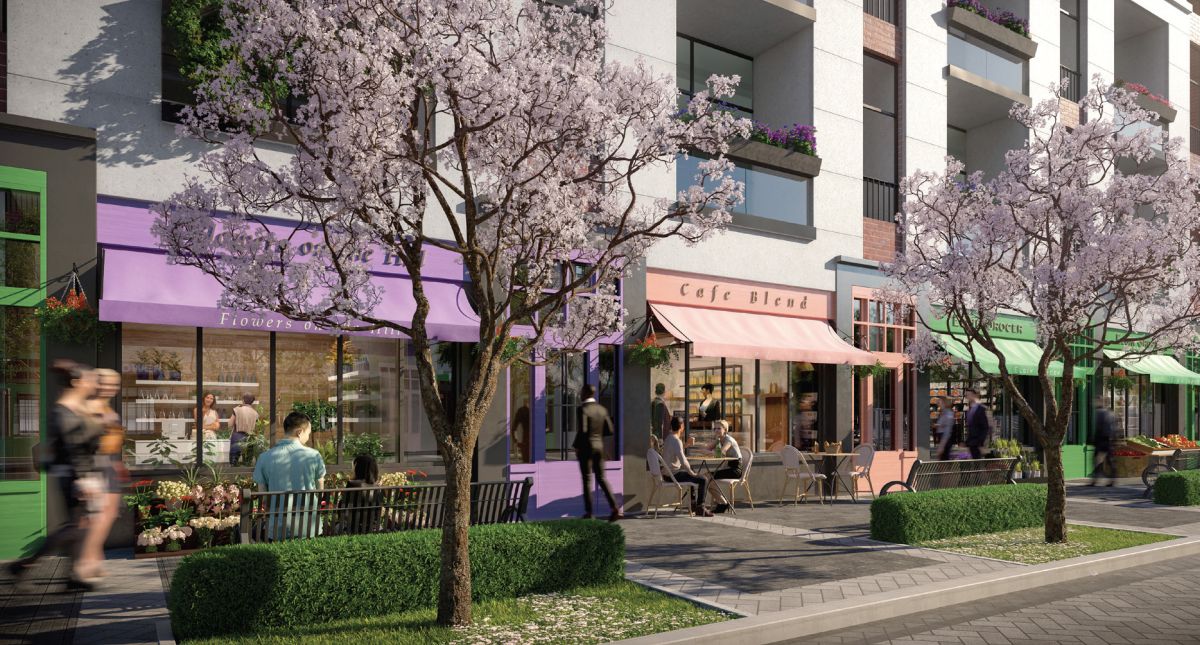 Notting Hill is a mixed-use development, compromising four residential towers that sit atop two podiums with street-level retail. The buildings will contain 1320 suites, with layouts from studio to three bedrooms and ranging in size from 330 to 1,174 square feet. Floorplans have not been released yet but can be expected soon. If you register with us today, you can connect with one of our expert agents and get updates on the project, like floorplans, as soon as they are released.

In addition to the buildings, a new shopping street and a community park will be created. This will have the effect of turning Notting Hill into something of a self-contained community, with the amenities inside and outside providing lots of options for residents to enjoy.

Notting Hill Condominiums is located in the Westmount neighbourhood in central Etobicoke, just to the east of the Eglinton and Royal York junction. It is a well-established area with a mix of single-family homes and high-rise condos. The area could lay claim to being the golfing capital of Toronto as there are four golf courses within a five-minute drive of Notting Hill condos and another that is just eight minutes away. That’s not the only green space nearby because, aside from a number of local parks, the Humber River also snakes through Etobicoke just to the east of Notting Hill condos – offering a touch of nature in the city.

Currently, the location of Notting Hill Condominiums has a respectable transit score of 67/100. That indicates there are a number of transit options for residents to use. Things are likely to get better in the near future with the development of the Eglinton Crosstown LRT, which is scheduled to open in 2021. The first phase of the crosstown LRT will see it terminate at Mount Denis station (Eglinton and Weston), which is as little as five minutes’ drive away. That station will also offer train services on the GO Transit Kitchener line and the UP Express – offering quick transport to downtown Toronto or Pearson Airport. Plans beyond phase one of the Eglinton Crosstown LRT are not entirely clear after the provincial government put forward its own proposals for the future of transit in Toronto. However, the plans from both the provincial government and Toronto council involve extending the crosstown service along Eglinton and on to Pearson Airport, which opens up the potential for even better transit in the future.