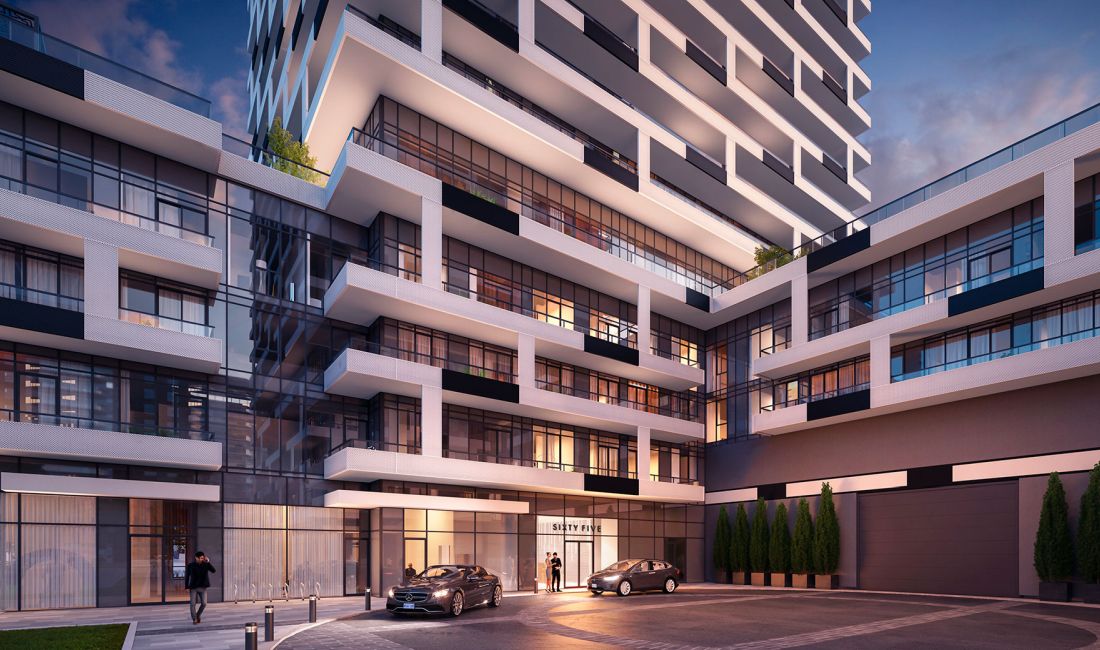 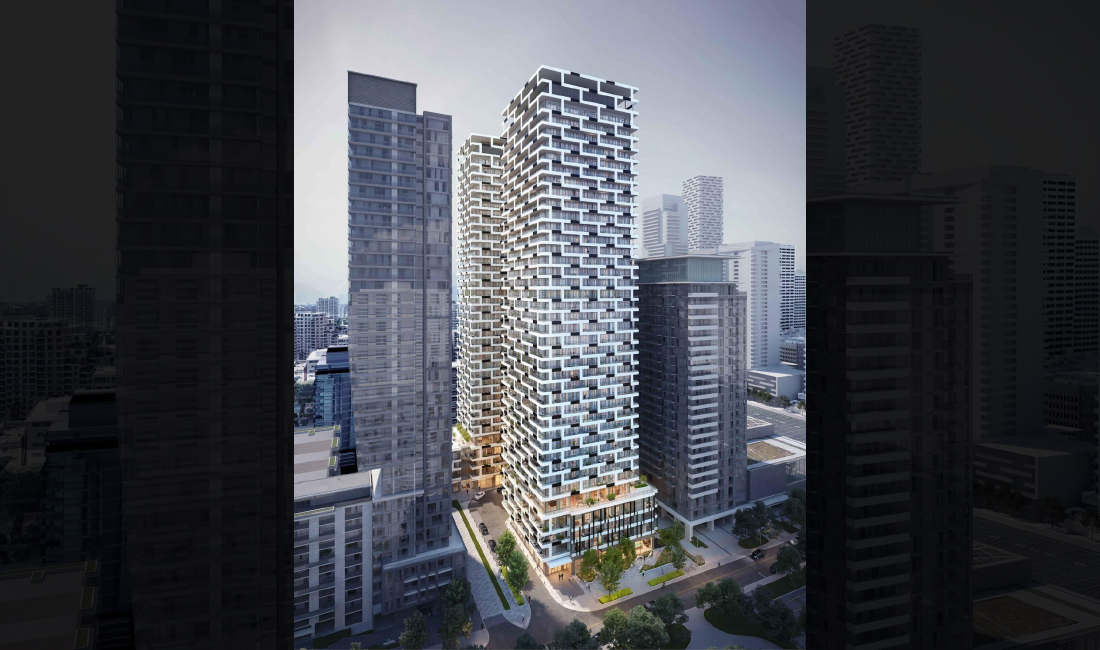 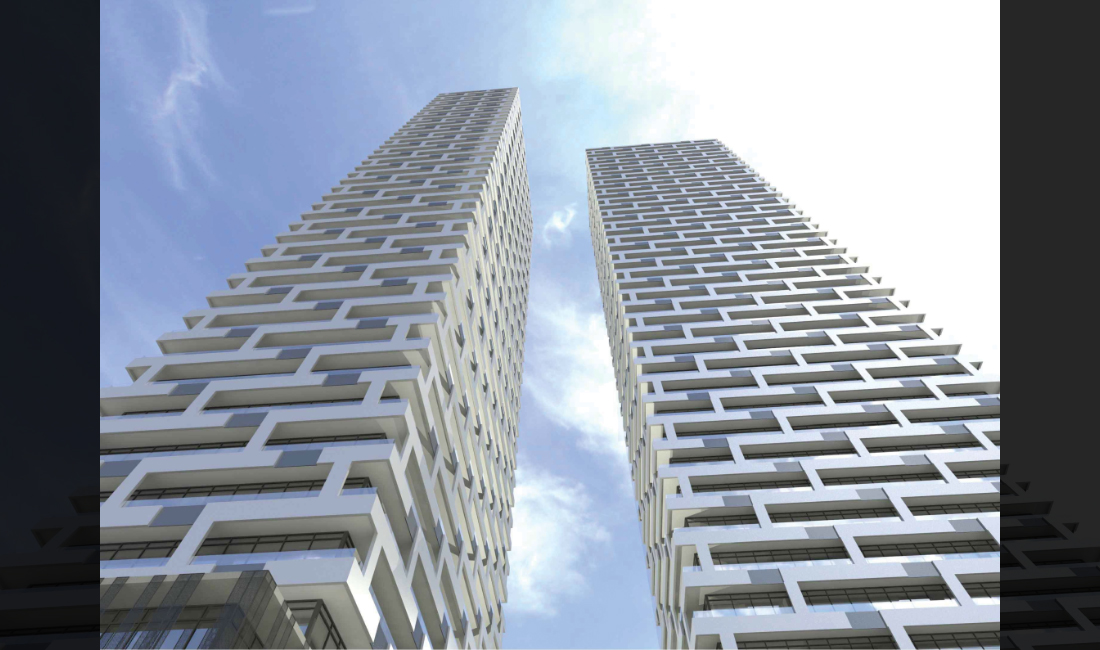 Sixty Five Broadway condos is part of a two tower residential development, with one tower dedicated to rental suites (containing 382 units) and the second containing condo units that are available to buy. The condo units will range from studio to three bedrooms and their sizes will be from 375 to 1,111 square feet. According to the latest planning application, there will be 28 studio units, 166 one-bedroom units, 63 one-bedroom plus den units, 64 two-bedroom units, 24 two-bedroom plus den units, and 58 three-bedroom units.

The rental building (55 Broadway) will front onto Broadway Avenue, with the condo building sitting farther back, away from the street. The two buildings will be connected by a podium level with shared amenities that include a fitness area, a yoga studio, a party room, children’s playa rea, and a lounge. The development will have underground parking, which will be shared between the two towers. In all, there will be 785 parking spaces, matching the number of units in the two buildings.

One of the most popular and in-demand areas to live in Toronto, Yonge and Eglinton has it all. Shops, restaurants, cafes, bars, entertainments spots, a cinema, a mall. The list goes on. It’s hardly surprising that there are so many amenities in the area since it is such a well-established neighbourhood and sits close to popular and desirable neighbourhoods like Leaside, Forest Hill and Davisville. In fact, with so much to see and do in the area, it’s unsurprising that Sixty Five Broadway condos boasts a near-perfect walk score of 94/100 – indicating that almost all day-to-day activities can be completed on foot.

Looking at nearby schools, Sixty Five Broadway is in the school boundary of North Toronto Collegiate Institute (the school is just 100m away on Broadway Avenue so this is unlikely to change), which is currently ranked seventh out of 738 secondary schools in Ontario and fourth best out of all the secondary schools in Toronto. There are also some prestigious private schools nearby, including Havergal College – an all-girls schools that is the number one ranked secondary school in Ontario according to current rankings.

A 90/100 transit score tells you a lot about the great transit options for residents of Sixty Five Broadway condos. That score is achieved because of the proximity of Eglinton station, which is on line one of the TTC subway. That means you can hop on a train and get to downtown Toronto in 15 minutes.

With the development of the Eglinton Crosstown LRT, it’s likely that the transit score will be even better by the time Sixty Five Broadway condos is complete. The LRT will also stop at Eglinton station and, as the name suggests, will run across the city – from west to east. It will add to the excellent range of transit options for residents in the area and make real estate in the area an even more appealing and valuable prospect.