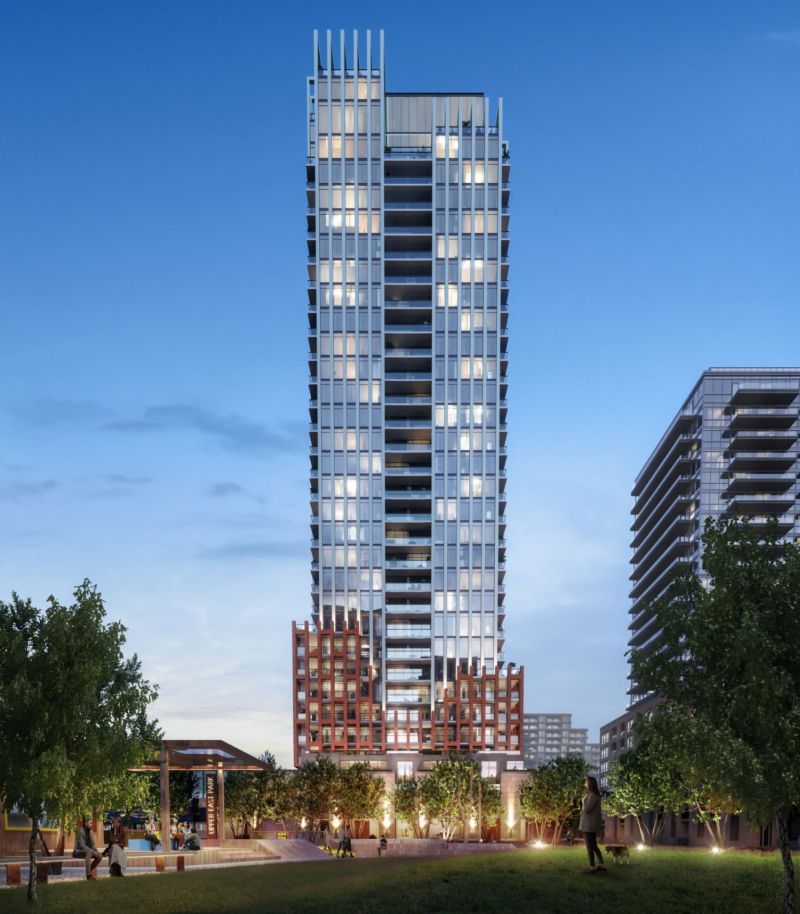 Following on from the launch of the popular East Village initial phases, Camrost Felcorp is now presenting The Frederick Condominiums. The Frederick will be a 30-storey building with 322 residential units. The developer is promising an appealing mix of downtown vibes combined with uptown space, views, culture, conveniences and sophistication.

Units will have functional layouts and The Frederick will offer its residents amenities such as an open space fitness centre with yoga and meditation space, a water therapy area with a sauna and spa showers, private indoor and outdoor dining areas, a co-working space, a zen garden, an outdoor lounge with a stone pizza oven, a pet spa and dog run, a games room, and a billiards lounge, among other things.

The Frederick Condominiums will be located in the popular, sophisticated and high-demand Leaside neighbourhood in midtown Toronto. It is a well-established community with many great retail and dining options nearby. Right now, it has a 72/100 transit score as the subway is just a short bus ride away to the west. However, we can expect The Frederick Condominiums will have an improved transit score when it is time for residents to move in because, by that time, the Eglinton Crosstown LRT will be in operation and the nearest station will be just 300m away from The Frederick. That means residents will have easy access to efficient east-west transit and will also be able to get to the subway at Yonge and Eglinton with relative ease.

If you would like to know more about The Frederick Condominiums or the Leaside neighbourhood and real estate there, register with us today. You can connect with one of our midtown real estate specialists, get early access to information about the project, and benefit from our VIP access when sales begin.