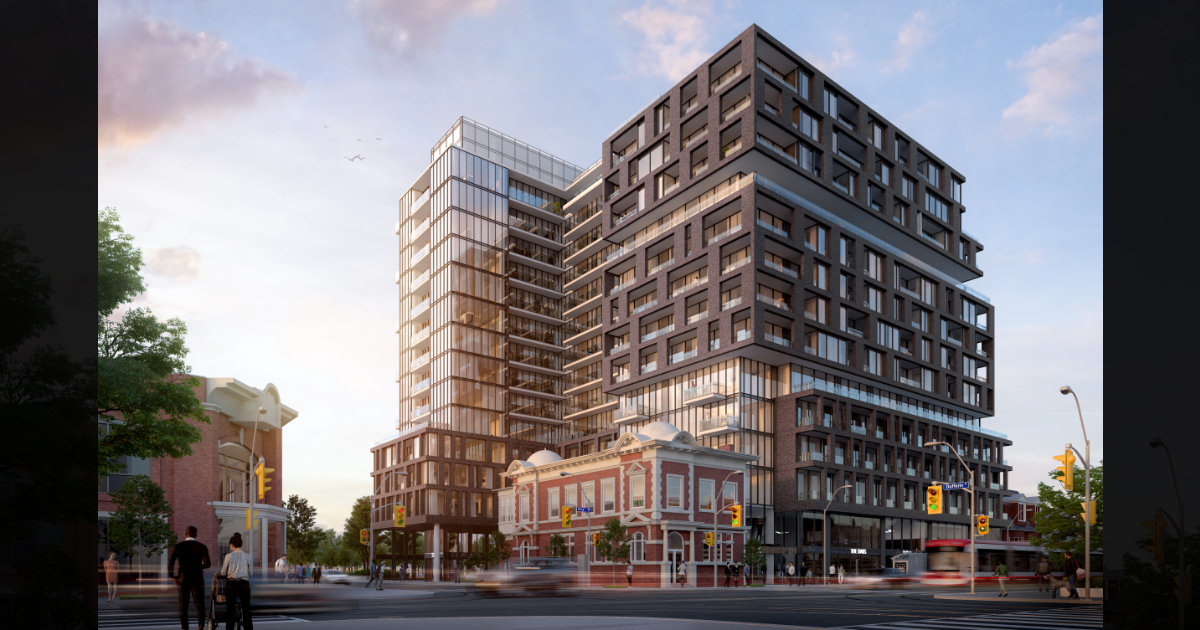 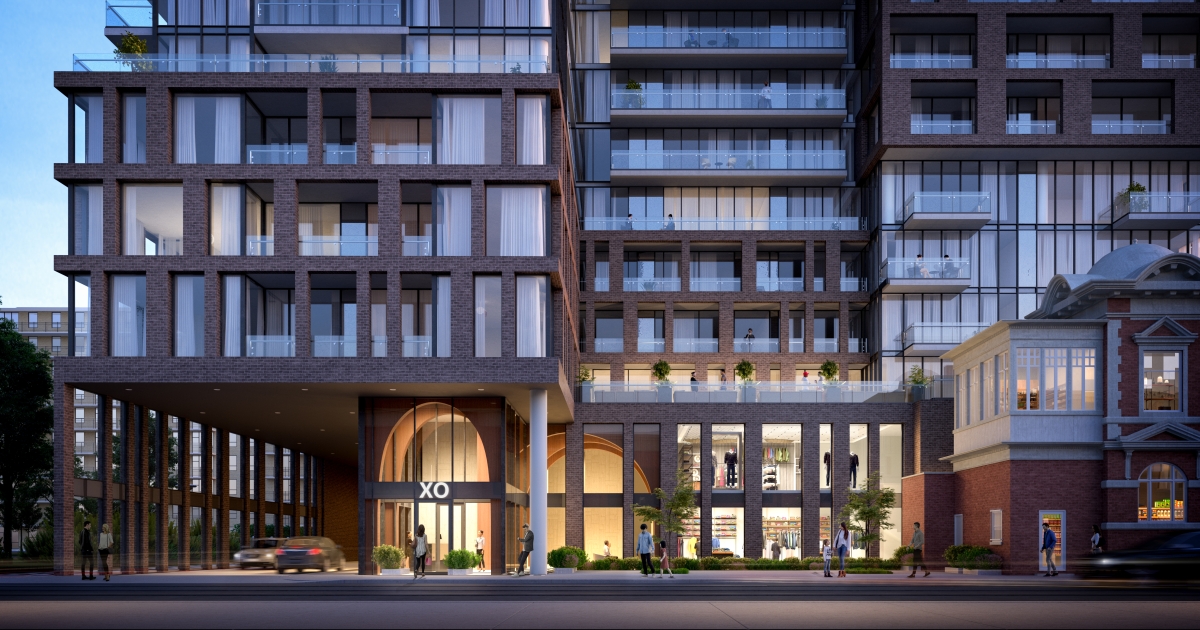 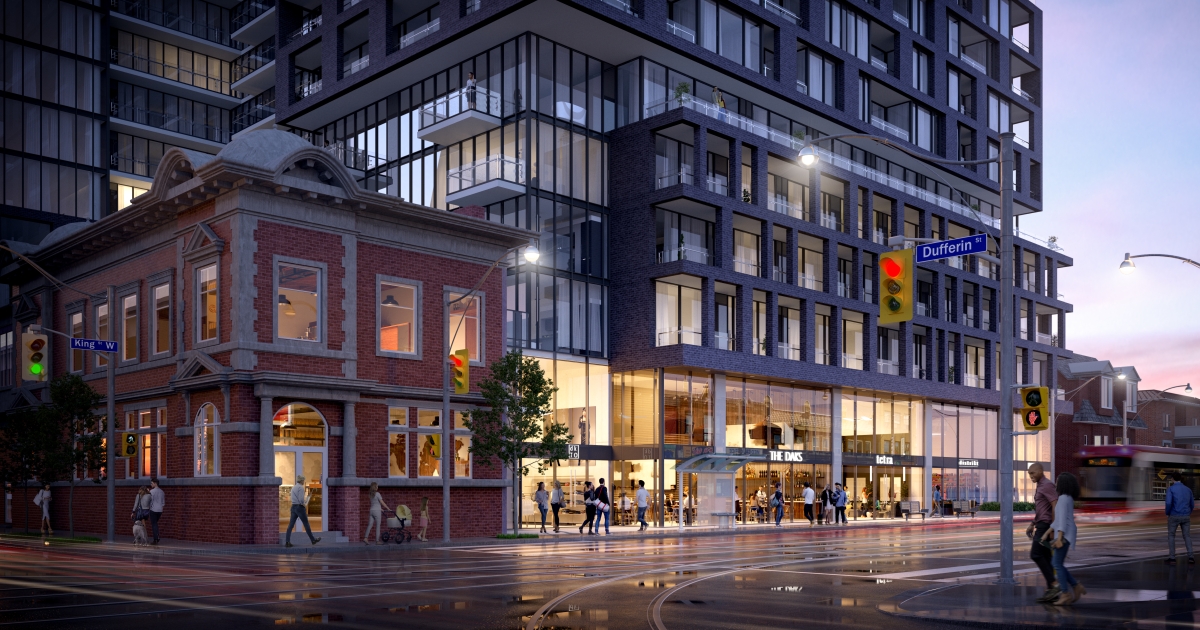 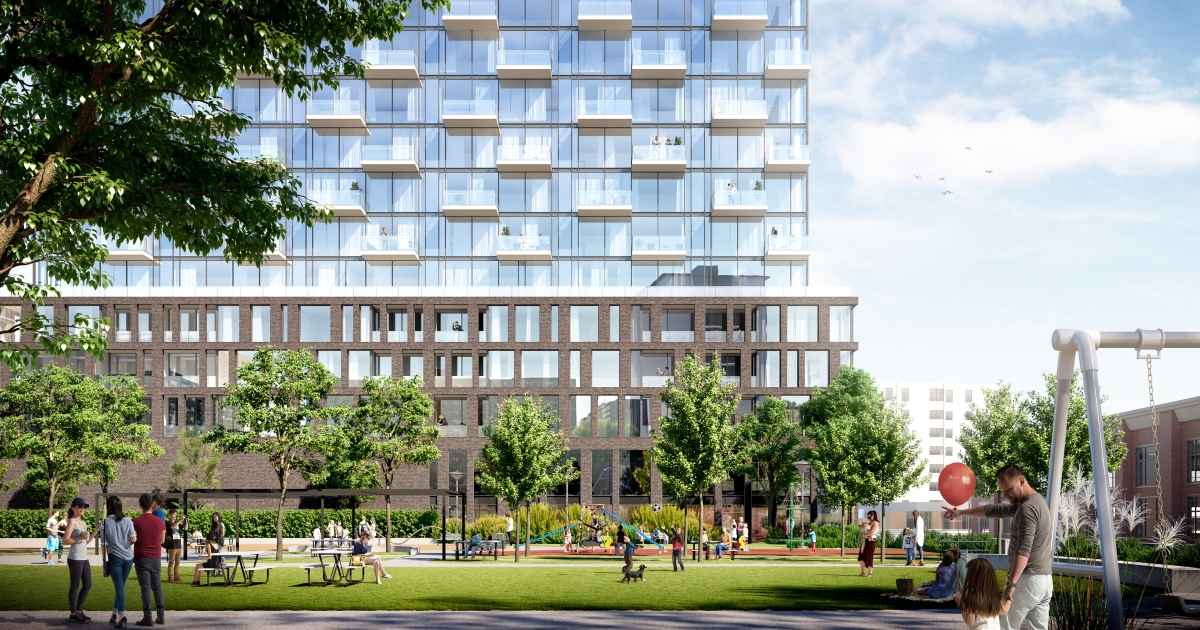 XO Condos will consist of two condo towers on opposite sides of King St. They will be located at 1182 & 1221 King St. West and will rise 14 and 19 storeys respectively, containing 745 units in total. The first of the two towers to be released will be 1182 King St. West, on the north side of the street, a short distance from the intersection with Dufferin St. The second building will be released a short while later and will be located on the south-east corner of King & Dufferin.

A range of suite sizes are available, from one-bedroom to three-bedroom units. Details of amenities within the buildings have not yet been released but, based on previous projects by Lifetime Developments, the projects will be completed with a sleekness and class worthy of any new development in the city.

XO Condos is located on the edge of the popular Liberty Village neighbourhood. It’s an area brimming with good restaurants, cafes and entertainment spots and is close enough to downtown for an easy commute but far enough away to avoid some of the crowds and develop its own unique ambience. Liberty Village also puts you close to many other interesting places, including the ultra-trendy West Queen West neighbourhood, Exhibition Place and Lake Ontario, which are all just a short distance away.

In fact, with an almost-perfect walk score of 96/100, it’s pretty clear that almost all the amenities and entertainment you need are within walking distance when you are located in this area.

The walk score is impressive for XO Condos but the transit score is even better: a perfect 100/100. The main reason for that are the many regular streetcar services that operate in the area. The TTC operates streetcars on King Street, Queen Street, Dufferin Street, and from the nearby Exhibition Place, which are all just a short walk away. In fact, some of the streetcar stops on King Street and Dufferin Street are literally at the doorstep of XO Condos. Aside from streetcars, there are also many bus services in the area and a GO train station at Ehibution place which is on the Lakeshore West line so offers regular services to Union Station (11 minute journey) and west towards Burlington.