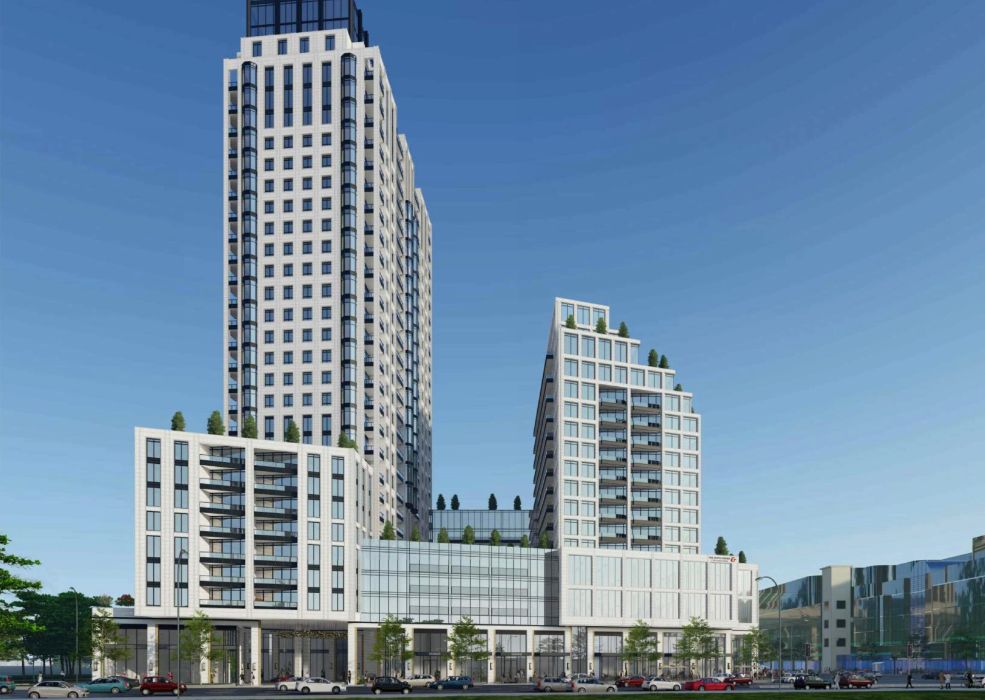 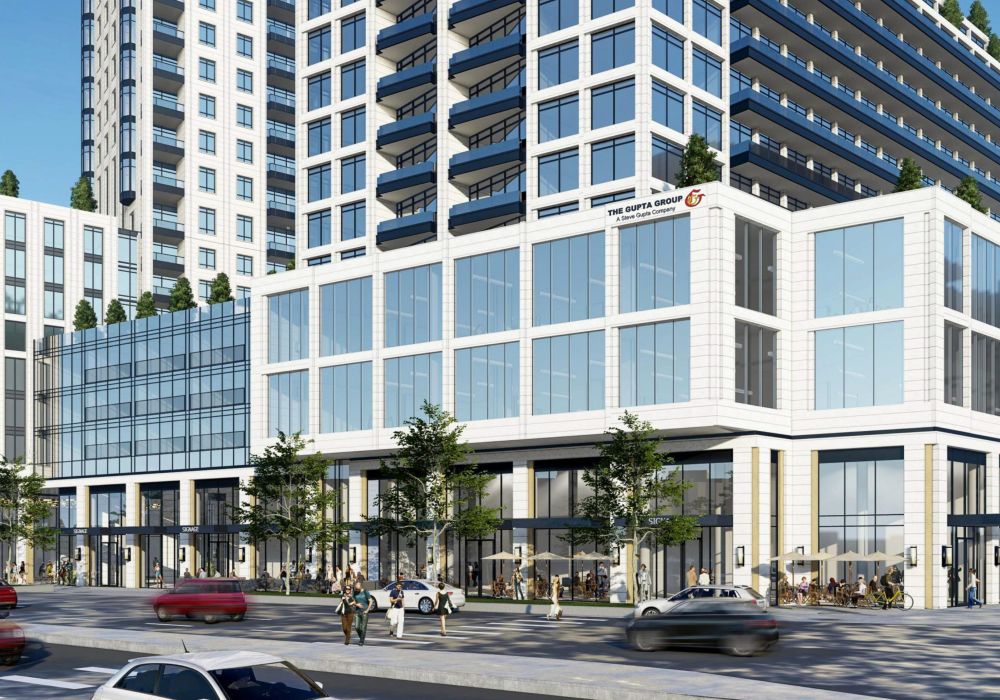 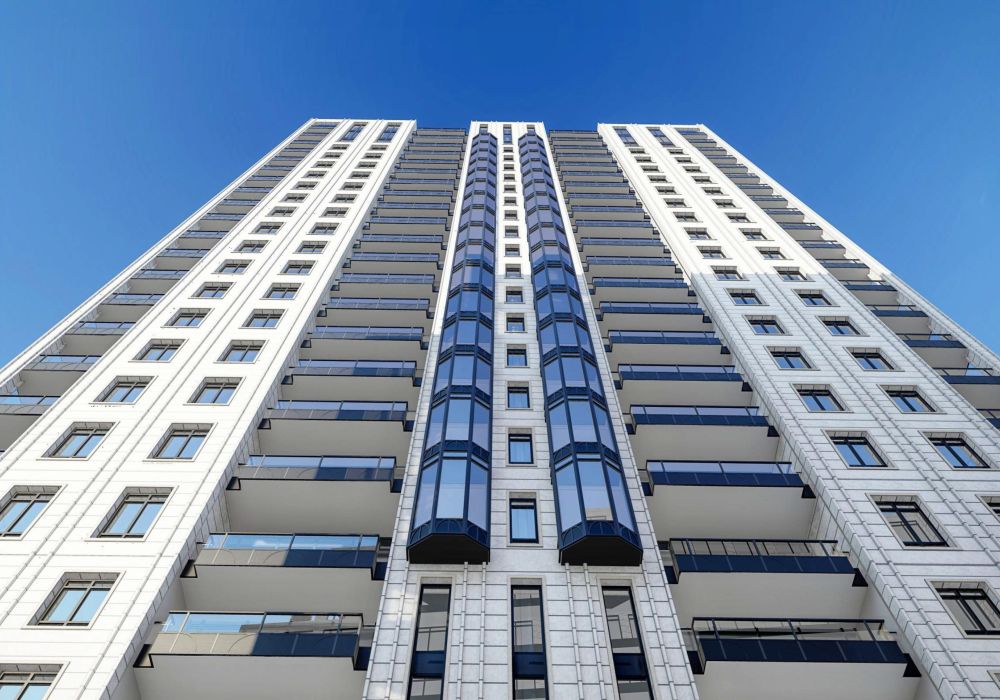 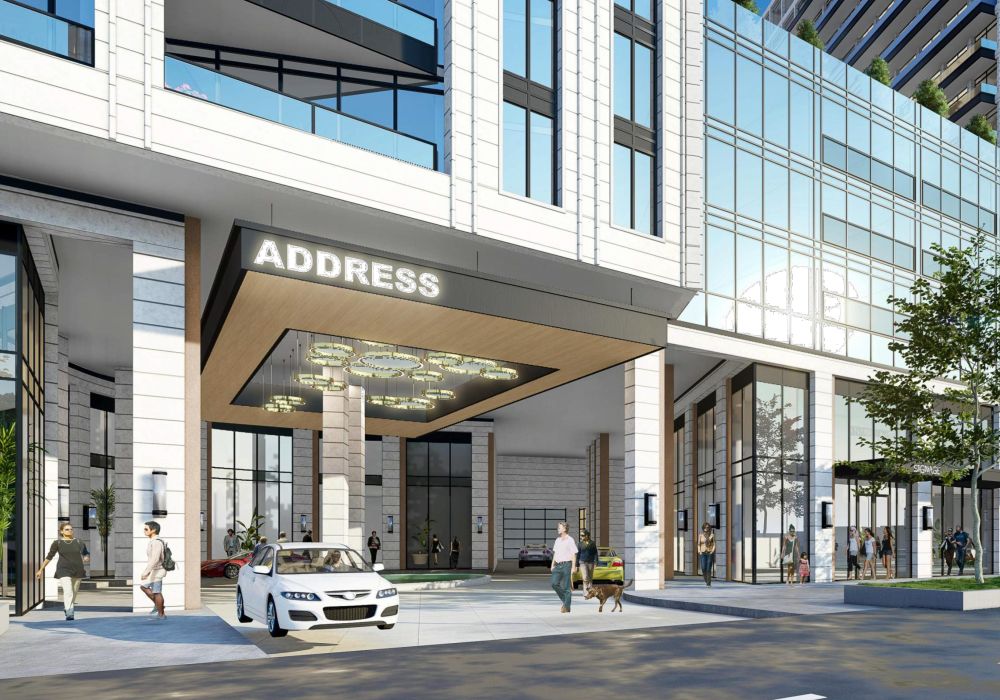 Introducing Yonge City Square Residences by Gupta Group – a new two-tower condo development in a prime York Mills location next to the subway.

Yonge City Square Residences will have two condo towers joined together by a podium level. The east tower fronting onto Yonge Street will be a 14-storey mixed-use tower with 190 residential units and 20,300 sq. ft. of commercial space. This tower will have 5,300 sq. ft. of indoor amenities for its residents, along with 88 lockers and 172 long-term bicycle parking spaces. The west tower is the taller of the two; rising up to 28 storeys. It will contain 526 residential units, 10,400 sq. ft. of amenity space, 472 bicycle parking spaces and 105 lockers. Across the two towers at Yonge City Square Residences, there will be 115 bachelor units, 349 one-bedroom units, 178 two-bedroom units, and 74 three-bedroom units.

Yonge City Square Residences is unique in that it is the first condo to developed in this desirable North York location in over 20 years. That alone will put it in high demand. Standing on the border of York Mills and Higgs Hollow – two of Toronto’s most prestigious neighbourhoods – this new condo development will have a similar prestige and prove to be a very desirable location.

The area is filled with amenities, including excellent schools, the many shops and services of nearby downtown North York, parks, restaurants and more. Of particular appeal is the transit station across Yonge Street which contains both a TTC subway station and a GO bus terminal. With direct indoor access from the P1 parking level, residents will be able to quickly travel to other areas of Toronto and the GTA without even stepping outdoors – a major plus when winter arrives.

If you would like to know more about this development, including prices, floorplans and buying procedures, register with us today and connect with one of our sales representatives.