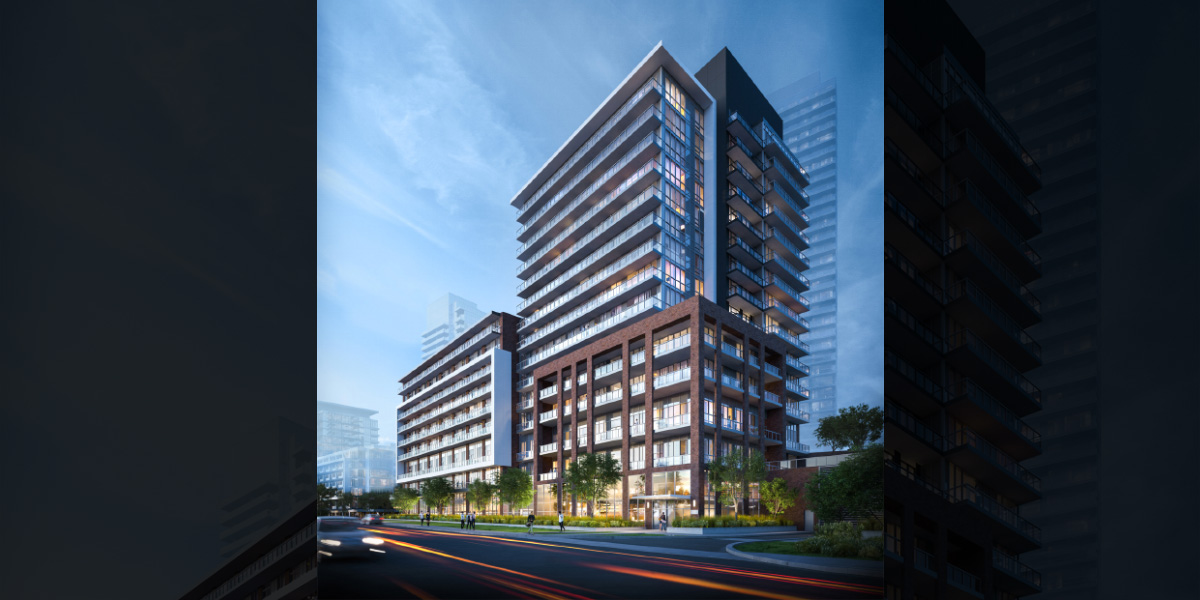 Lumina is set to be the ninth building in a master-planned community on the corner of Sheppard Avenue and Don Mills Rd. A boutique sized building rising 13 storeys and providing 254 units, it will be an elegant addition to this high-demand project and will add a touch of style to a fast-growing neighbourhood in North York.

Located south-east of the Sheppard and Don Mills junction, Lumina is just a short walk away from CF Fairview Mall and the multitude of options it has to offer. Toronto’s fifth largest enclosed mall has just about anything you could ask for, with 192 businesses, shops and restaurants calling it home. In addition to a wealth of retail and gastronomical therapy, the mall includes a Cineplex theatre, banks, car rental services, and select professional and medical offices.

Just a few minutes to the west of Lumina Condos you’ll find North York General Hospital and just beyond that are some major stores such as Ikea, Canadian Tire and MEC. Head north to the junction of Finch and Don Mills and you’ll be at the main campus of Seneca College – which adds to the rental potential of this development.

Just a few minutes’ walk away and attached to Fairview Mall is Don Mills TTC station. This is the eastern end of the Sheppard subway line, which connects to line one at Yonge-Sheppard station – just five stops to the west. Don Mills is also a major bus terminal, with services heading in all directions and across the city.

If you’d prefer to travel by car, the location of Lumina puts you within easy reach two of the GTA’s arterial highways: Highway 401 and Highway 404. Both highways are just minutes away from Lumina and give you convenient access to much of the rest of the GTA and Ontario.